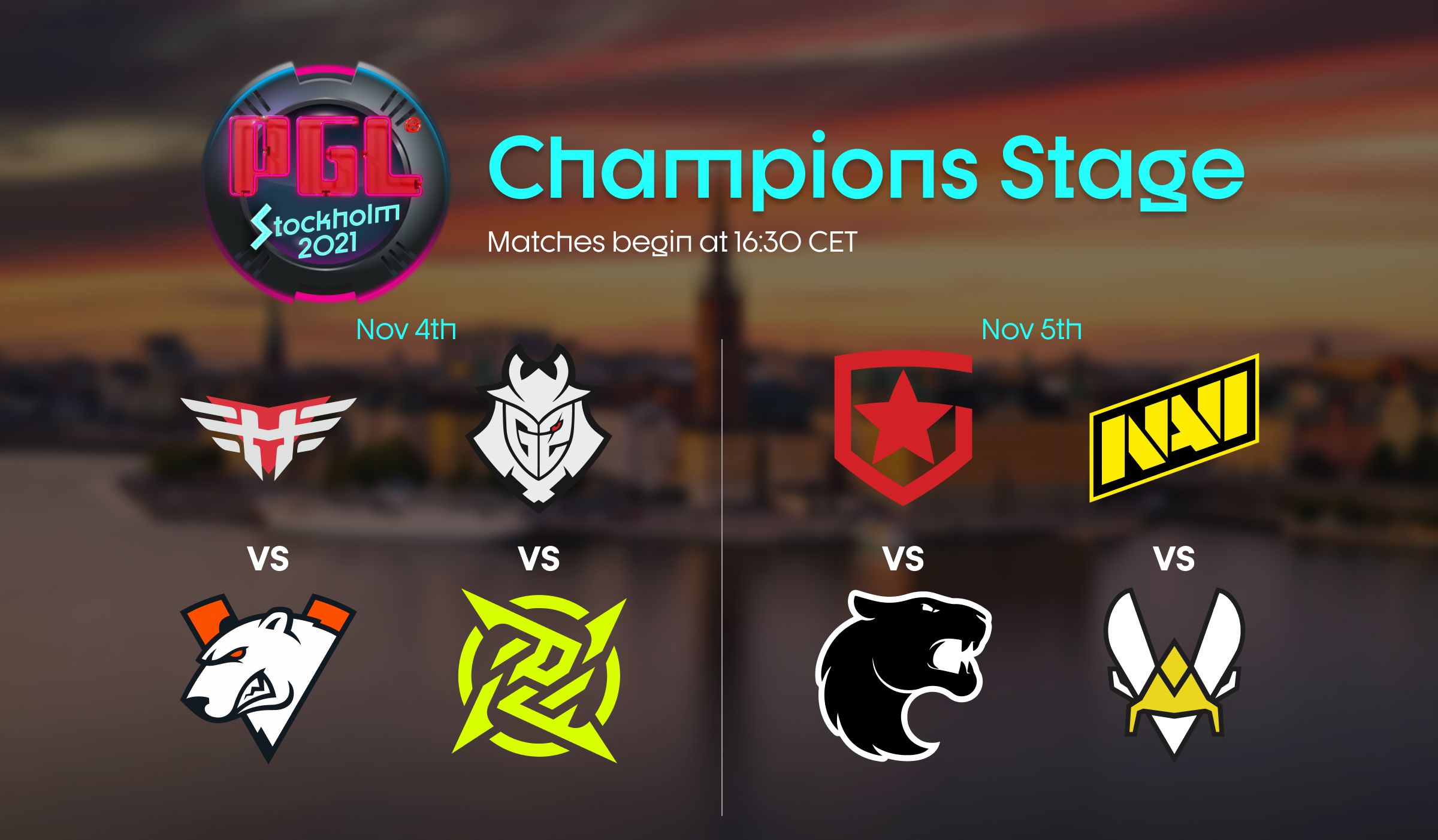 24 of the world’s best teams have been reduced down to the final eight as we enter the Champions Stage of the 2021 Stockholm Major.

G2 and NaVi went undefeated in the Legends Stage, comfortably earning their playoff spot, while FURIA and Heroic began with a loss but responded with three straight wins. Team Vitality also won three straight wins but only after a rocky 0-2 start. Virtus.pro battled their way to a 3-2 finish and Ninjas in Pyjamas needed overtime in their nail-biting decider match to earn their place as a finalist in front of the Avicii Arena home crowd.

Watch live coverage beginning 4 November on Steam.tv, in GOTV, or on one of several other streaming partners to see which team will become the next CS:GO Major Champions.

Don’t forget to make your playoff picks in the Pick’Em Challenge before the matches begin, and if you haven’t picked up a Viewer Pass yet, it's not too late! You can find the Viewer Pass, along with Team Sticker Capsules and Team Patch Packs on the 2021 Stockholm Major Steam page.

Good luck to the remaining teams!